“After all, I believe that legends and myths are largely made of ‘truth,’ . . . and long ago, certain truths and modes of this kind were discovered and must always reappear.”

Streetlights cast eerie shadows on the empty sidewalks of Old Town Spring, and the mist from a recent rain hovers over dark buildings. Intrigued ghost seekers follow a costumed Penny Dreadful through the streets of this former railroad town whose secrets and stories, best told under cover of night, lurk behind every corner and underfoot.

“These were all poor railroad workers,” says Ms. Dreadful – Karen Miller by day – a tour guide with Old Town Spring Ghost Walks. “They couldn’t afford a big fancy funeral, so they would bury their dead in the front or back yard. We had tombstones all over this town.”

Dreadful explains to her enthusiasts that an ordinance in Texas allows the removal of grave markers after 100 years.

“In 1989 and 1990, they came through this town to tidy it up,” she says. “They exercised their 100-year right and came and took down all traces of any tombstone. Anywhere you’re walking tonight in Old Town Spring could literally have bodies underneath.” 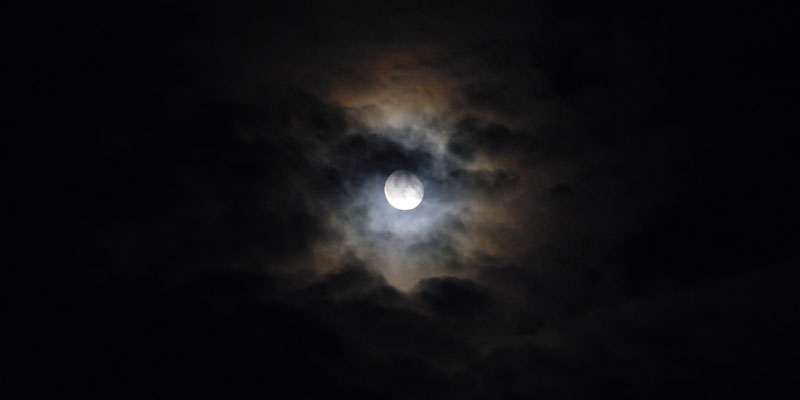 On her tours, Dreadful tells ghostly tales of soldiers reappearing during Civil War reenactments and of visits from the missing mistress of Mr. James Holzworth and the well-known ghost of Charlie Wunsche, the founder of Wunsche Bros. Café, who frequents the second story of his former restaurant.

Tour guests stop at the hanging tree, where proven – and unproven – criminals were hanged, a bank haunted by victims of an armed robbery rumored to have been committed by Bonnie and Clyde, and a makeshift morgue where saloon owners and funeral homes fought over the ice that was so scarce in those days.

Mysterious fires have plagued the shops and homes of Old Town Spring since its early days, including Wunsche Bros., which recently reopened after a fire destroyed a large portion of the restaurant in 2015. Some blame the blazes on a 300-year-old curse placed on the land by the Akokisas, a Native American tribe that disappeared from the area not long after white settlers arrived in the 1800s.

“That could be why it’s the sixth-most haunted town in all of America,” Dreadful says. “You have the Indian curse, the tombstones that were all over this town. They removed any trace of them.”

All that’s left of the old burial grounds is a tiny plot along the Interstate 45 North feeder, just outside Old Town Spring. The Wunsche Family Cemetery contains the graves of 12 family members, including legendary inhabitants Carl Wunsche, the family patriarch, and Olena Wunsche, who, along with her fiancé Edward, was murdered in 1929.

While the murders remain unsolved, ghost hunters claim to have contacted Olena in Old Town Spring’s Thyme Square, where she and Edward were last seen alive. 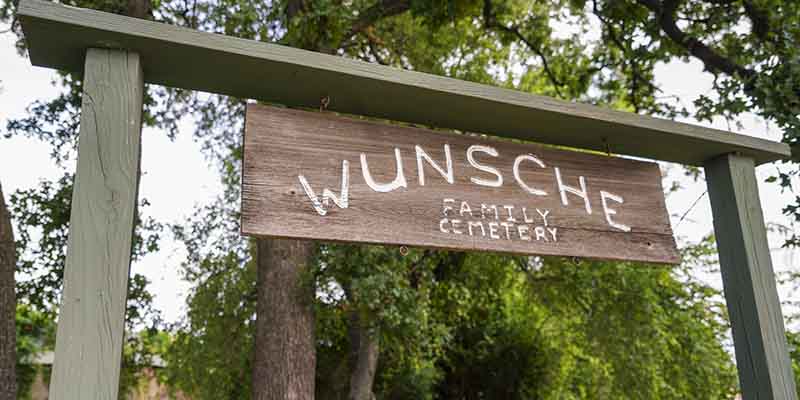 Near the west fork of the San Jacinto River, about a half-mile north of the Bevil Jarrell Memorial Bridge, sits an eerily quiet, mostly abandoned community surrounded by trees. Burdened by repeated flooding, the space is now an area of interest for the Harris County Flood Control buyout program.

Beyond the trees and empty houses, just off the aptly named Treasure Lane, is Dead Man’s Lake. In the early 1800s, Native Americans ambushed a caravan of Mexican miners believed to be heading east to a smelting mill with 150 Mexican gold bars, worth the equivalent of about $4 million today. Some sources say they were headed to Nacogdoches; others say to New Orleans or Florida. According to legend, the miners anticipated the attack and buried the gold under a cypress tree near the lake.

The sole survivor of the attack drew a map leading to the treasure and gave it to his doctor before dying from his injuries. The doctor kept the map and eventually passed it on to his family. Although his descendants looked for the gold, none was ever found.

The treasure hunt reignited in 1930, when a Spanish dagger matching the one drawn on the map was found in Dead Man’s Lake.
“A company from California arrived in town and tried unsuccessfully to pump the spring-fed lake dry to find the gold,” says Precinct 4’s unofficial historian, Monte Parks. “They did, however, unearth musket balls and other metal artifacts, giving some credibility to the story. One day they up and left with no explanation.”

Several other accounts exist of Mexican gold buried along Cypress Creek under similar circumstances, though none has ever been found.
“A Google Maps aerial view of the property in Humble shows an excavator near the lake,” Parks says, spurring questions that the search for gold may not be over. “I don’t know why else you’d need an excavator down at the lake.” 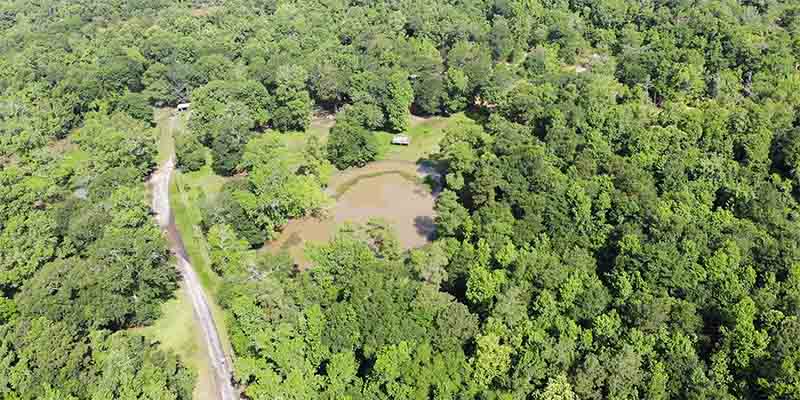 In what is now Spring Creek Park in Tomball, a Confederate powder mill exploded during the Civil War in 1863, killing three workers and leaving a crater that fills with water seasonally.
“During the ‘70s, kids flocked to Spring Creek to enjoy the cool summer nights,” says Nicholas Daily with Beyond Paranormal, a local group who investigates supernatural occurrences. “They also swam in the crater, testing rumors of ghosts pulling you down to join them in the afterlife.”

Precinct 4 put a fence around the crater after acquiring the property in the late ’70s. However, a new trail is scheduled to open in early 2022 that will run from Lone Star College-Tomball to the back of Spring Creek Park, restoring access to the crater.

“In the 20-plus years I’ve been involved in the paranormal, one thing for sure always remains,” says Daily. “Where there is tragic loss of life, it leaves a mark on the plane we exist on – like a scar.”
Daily and his team visited Spring Creek Park in 2018 to investigate possible paranormal activity as part of an ongoing video series called “HitList Series,” highlighting locations known to have historical lore.
“Spiritual energy is very much indeed around us all, and where that kind of energy resides is most likely where you will capture some good paranormal evidence,” Daily says. “Or it will tell an amazing story.”

Like all good legends, the stories likely hold some truth, but just how much is unknown because so many details have been lost to time. But the myths and legends of Harris County Precinct 4 live on, and they remain powerful magnets to the curious and to those drawn to the offbeat.